The mission of Ryder-Cheshire Australia  is

. . . for the relief of suffering without discrimination.

Separately incorporated Foundations in NSW, South Australia and Victoria operate autonomously and there are Support Groups in Ballarat and Bendigo, and an online Friends of Klibur Domin.

Overall policy is co-ordinated by the RCA Board which meets several times a year.  It also convenes a Biennial Conference for all supporters.

RCA, its Foundations and Support Groups are run entirely by volunteers at all levels, ensuring 100% of  all donations reach the intended recipients  and programs.  It is an organisation that is making a real difference to the lives of people who are sick, have a disability, or are destitute; with a proven record of achieving its goals for over fifty years.

The Foundations and Support Groups raise funds in a variety of ways to support the humanitarian work at the Ryder-Cheshire Homes: Raphael in Uttarakhand India and Klibur Domin in Timor-Leste

Under the auspice of Ryder-Cheshire Australia there are three independent,  incorporated State Foundations in:

There are two Ryder-Cheshire Support Groups in Australia.

Historically these Support Groups were set up, mostly in regional centres, to raise awareness of Ryder-Cheshire’s mission for the relief of suffering without discrimination and to seek donations and sponsorships for residents of Raphael, for their health and education.

The Support Groups now also sponsor health and disability programs at Klibur Domin. They promote sponsorships and undertake fundraising to support the work of the State Foundations.

There are two Ryder-Cheshire Homes in Australia, They are located at Mount Gambier, South Australia and Ivanhoe, Victoria. They both function independently, under the governance of their own committees, and strive to achieve the shared goal for the relief of suffering without discrimination.

Each Home responds to this challenge in its own unique way:

The Mount Gambier Homes consist of two establishments, Ryder and Cheshire. Each provides long term accommodation for a number of women and men with disabilities.

The Ivanhoe Homes provide temporary accommodation for patients and carers attending treatment at hospitals in Melbourne. 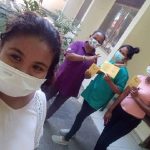 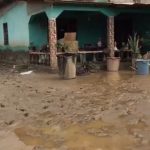