Directors were appointed at the RCA-AGM held on 21 May 2022
and a further appointment at the first RCA Board meeting held on 27 May 2022.

Rory McEwen was appointed as the Chairperson.
Peter Colliver, Ryder-Cheshire Australia’s Company Secretary, was appointed the Treasurer,
Work has begun as the new RCA Board moves forward into the new model of operation
‘for the relief of suffering.’ 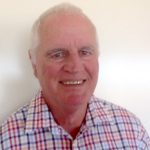 Rory’s family have been donors, supporters and volunteers with Ryder-Cheshire for over 50 years. He and his wife have volunteered at Raphael and Klibur Domin, travelled with Leonard Cheshire and have hosted Sue Ryder. He has significant experience working in industry and at senior levels across the Public Service Sector as a Cabinet Minister. He is looking forward to continuing to assist, leading RCA through the change management process that will see a strong presence across social media and related electronic platforms as a means of reaching out. Rory has been RCA President since 2016. 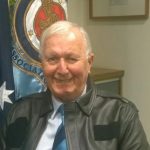 Peter has been the RCA Treasurer since 2002 and Inaugural Company Secretary and Public Officer since 2007. He was appointed as RCA Director in 2008. His objective has been to ensure that the financial management is focussed on providing funding to Raphael and Klibur Domin into the future, and to protect the Deductible Gift Recipient status by improving compliance with taxation and other laws and regulations. 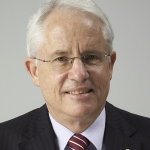 Paul’s family has been supporting Ryder-Cheshire for nearly 60 years. He has been the Treasurer and Public Officer of RCFV since 2012. He was Victoria’s statutory safety and technical regulator for the energy industry, CEO of ESV and CEO of ESC. He was awarded the Centenary Medal in 2009. He supports the recent changes required to ensure that Ryder-Cheshire continues its vital work into the future. Recently retired, he will be able to dedicate time and energy to help grow Ryder-Cheshire’s funding and supporter base, and recruit new volunteers to build on the work of existing and past supporters and volunteers. 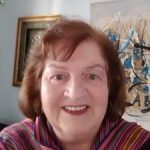 Dianne has been a member of the Ballarat Support Group since 2014. She has been volunteering at Klibur Domin since 2014.

Whilst there, she volunteers as the Director‘s legal assistant. She has a command of Tetum, both written and spoken, having studied at the Dili Institute of Technology. She has volunteered with the Judicial Systems Monitoring Program in Dili and assisted with their Women’s Justice and Advocacy Program for women and children suffering from domestic violence. She is committed to the ‘relief of suffering’ and to the philosophy and values of the Founders. 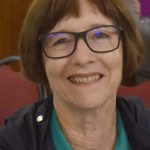 Christine was a secondary school teacher with 40 years experience as a teacher and senior leader. She also has had experience as a small business owner, overseeing the organisation of large events. She has been the President of RCF NSW since July 2008 and is strongly committed to the ethos and vision of Leonard Cheshire and Sue Ryder. She has visited Raphael  several times and has a strong interest in the work at Klibur Domin in Timor-Leste.  Christine is currently a director of three Boards – RCF NSW, Ryder Cheshire Australia and Nardy House Inc, the home for profoundly disabled people on the NSW far south coast. 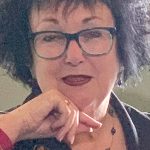 Dianne has worked in educational sectors for over 30 years and more recently as a community capacity builder. Her commitment to the ‘relief of suffering’ began in 2000 when she volunteered at Klibur Domin. It was there that she was witness to the suffering of many people. She has visited Raphael multiple times. She is the Ballarat Support Group President. She was invited to RCA Board in 2016. She is committed to increasing the RCA membership to extend scope for funds, ensuring the continuance of the life-changing work at Raphael and Klibur Domin. 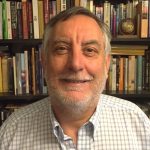 Michael worked 35 years as an Australian public servant in trade and resource policy, and trade promotion. His work took him to New Delhi, New York, Santiago de Chile, Manila and Singapore. He is President of the RCFV. He was invited to the RCA Board in 2016. He has visited Raphael and Klibur Domin. Michael is committed to building a strong sustainable RCA to provide continuing support for Raphael and Klibur Domin, and to seek new opportunities ‘for the relief of suffering.’