The Ryder-Cheshire Mt Gambier Home Board has long known that if we could build a second home on the vacant block of land next door to the current home that there are sufficient in the region who would like to become residents. We have already received a number of enquiries. 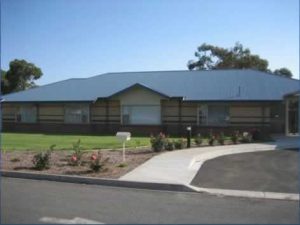 We would not have been able to apply if it had not been for the generous donations from Ryder-Cheshire Australia of $100,000, $100,000 from the Ryder-Cheshire Support Group at Singleton in New South Wales, $50,000 from Ryder-Cheshire South Australia, $30,000 from the Evans Family Trust, $20,000; plus significant donations from the Rotary Club Mt Gambier West and others. We were fortunate to receive the profits from the catering for the Rotary D9780 District Conference in early April 2018. This was the combined efforts of Soroptimists, Lionesses, Rotary, Red Cross and the Ryder Cheshire Catering Group.

Together with accumulated funds it was deemed feasible to arrange for a building loan from the Police Credit Union.

On 4 August 2017 Senator the Hon Fiona Nash, as Minister for Regional Development, announced that the Ryder-Cheshire Mt Gambier Home Board’s application for funding under the Building Better Regions Fund (BBRF) had been approved. 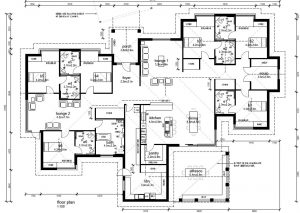 Our architect, Stephen Herbert, steered the tendering process. It was decided that the Board would accept the cheapest tender as this was from the same builder who had built the first home. The architect concurred.

On 9 October 2017 we held a small sod turning ceremony that provided press coverage in the Border Watch newspaper.

On 2 December 2017 our architect, Stephen Herbert, received the necessary formal development approval for the build from the Mt Gambier City Council. This included development plan consent and building rules consent.

On that same day President Neville Gilbertson signed the contract with Dycer Constructions to build the second home.

Site work commenced immediately, but little was done before the Christmas shutdown.

The first Milestone Report was submitted to AusIndustry in late February. This was for approximately 25% of the build. The slab was in place including all the sub floor heating components.

Milestone 2, or approximately 50% of the build, was achieved by the end of May.

A Deed of Variation agreeing to slightly change the time line was approved in April. There has been no reason to adjust the costings, only the timing of the milestones. The Board holds the philosophy that it is better to accept delays in doing the work rather than accept speedy work that meets the time schedule but compromises the quality of the build.

In order to best place the home on the block the fence between the two homes will be shifted about one metre. 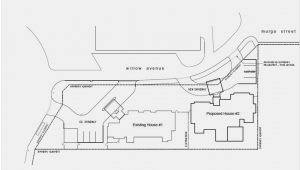 PQSA, through their service arm HomeCare+ will determine who should be selected as the new clients. They are ready to take over the revised lease. It is planned that the details of the revised lease of Cheshire will be exactly the same as have been negotiated for the current home, Ryder.

It is hoped that the Minister will be able to formally open the new home. This will probably be in late November this year.

It is a very exciting time for the Ryder-Cheshire Mt Gambier Home Board.

After 14 years, at the November Board AGM, I will step down as President of the Mt Gambier Home Board. Matthew Dixon, a recently retired pharmacist, has been a Board member for six years and who has a keen interest in the disability sector, will take over as President.

We have been asked many times about how we built the Ryder-Cheshire Mt Gambier Homes. Here is our pathway:

1. Identify the need.
2. Gain the support of local, state and federal agencies.
3. Explore all funding options.
4. Do not give up at the first hurdle.
5. You can do it!